Approximately 1900 kilometers long and 1110 kilometers wide, at high-tide there are 7107 islands, of which only 2000 are inhabited. Less than 1000 islands are bigger than 1 square kilometer and 2500 islands do not even have a name. Most of the Philippine islands were formed through volcanic and tectonic activities.

History;  Philippines, Asia, no mass tourism, but much to explore!

Until 1571 The Philippines was a free country which did well in trade with countries like China, Japan, Vietnam, India and Europe. That stopped abruptly when the Spanish arrived and you can still find a lot of the Spanish influence left over from their time here. For the people of The Philippines, the longing for freedom kept growing and in 1898 they fought on the side of the Americans during the Spanish-American war. When the Spanish were defeated they declared The Philippines independent. However; the Americans thought that the Filipinos could not take care of themselves and purchased the islands from the Spanish for $20 million. When the Americans finally recognized the desire for independence, the Japanese took the opportunity to invade The Philippines, that was in 1942. The US liberated the Philippines two years later and the country finally achieved full independence in 1946. Before the arrival of the Spanish, The Philippines was a melting pot of many cultures and you can still see a lot of differences throughout the country, with each island having its own distinct feel to it. Due to the Spanish influence, more than 90% of the population is Christian (mostly Roman Catholic). Approximately 5% of the population follow the Islamic faith, predominantly in Mindanao and the Sulu Islands.

The central part of The Philippines, with Luzon and Mindoro to the North and Mindanao to the South, is known as The Visayas. It is a group of small to medium sized islands which are very easy to travel around. You can choose to chase witches on Siquijor, climb one of the beautiful volcanoes such as Kanlaon or the giant Guiting-Guiting, dive with Thresher Sharks on Malapascua or drink a fancy cocktail on the beaches of Borocay. There is something for everyone. Diving and outdoor activities are available throughout this region. On the main island of Cebu there are many options to cater to all tastes. Cebu has an international airport and many harbors. From various locations you can catch a ferry to hop to another island or you can choose a luxurious and modern catamaran or the more traditional Bangka boat. 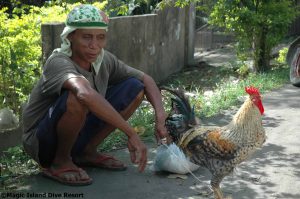 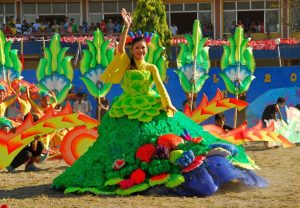 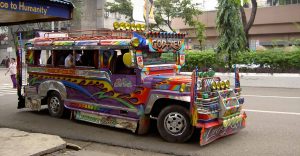